General ultrasound imaging most effective in locating and measuring structures inside the body using high frequency sound waves. There is no ionizing radiation involved in general ultrasound.

Obstetric ultrasound is the use of ultrasound scans during pregnancy. Since the 1950s, this type of sonography has been the most effective diagnostic tool for conditions among pregnant women and their unborn children. A full bladder is often required for abdominal scans early in pregnancy.

This safe and painless ultrasound produces images of the body’s veins and arteries. Because ultrasound images are captured in real time, they can show the structure and movement of internal organs as well as blood flowing through vessels. 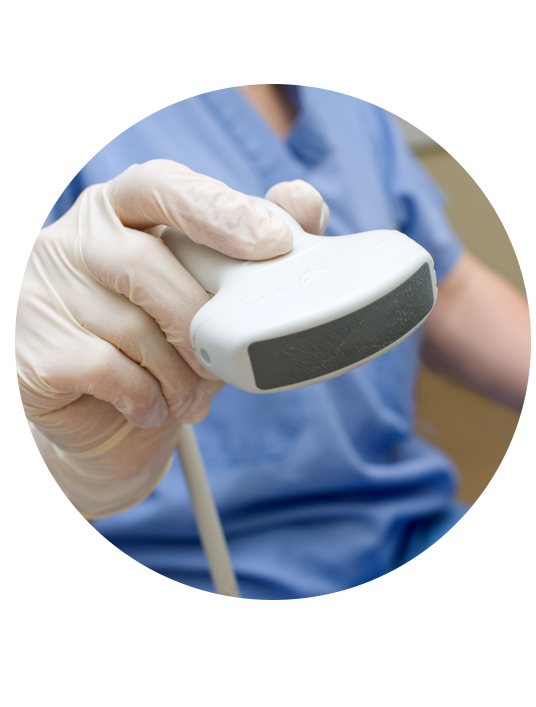